The city of buffalo was founded and opened up for settlement in 1856. Known as a resort town, Buffalo attracted many day trippers from the city for its great tourism. Even today, Buffalo attracts a wide variety of tourists from other towns for its mix of antique stores, numerous lakes, natural beauty, and modern conveniences.

In support of the tourism in Buffalo the area chamber of commerce and tourism bureau was established. The job of the association is to make buffalo a better place to live and to do business as portrayed in their motto “promoting business and community,” as chamber president, Sally Custer stated. The tourism bureau’s funding comes directly from the income of the hotels in buffalo. An ordinance passed by the city hall makes it so 3% of the country inn and Super 8’s income goes to to help promote tourism in Buffalo.

In 2013 the chamber of commerce brought back an old idea from the rodeo association of having life size buffalo statues representing local businesses. This project called “Buffalo roam” is supposed to draw in tourist to explore our town and find all of the statues. “I think its a really cool idea and that’s why I bought one, but they aren’t marketed very well to tourists.” says country inn  general manager  Carrie Parchem

There are now 23 Buffalo’s scattered around Buffalo. Each one is unique and has a special design.

“My favorite Buffalo is the fish one outside of the movie theater, It makes me laugh, and shows the meaning behind the name of our town.” says junior Kevin Kemp.

Along with the Buffalo’s that represent businesses there are Buffalo’s for certain events. One of these events is the Pink Party held in downtown Buffalo every October to support cancer awareness.

“ I think the pink Buffalo is by far my favorite. It is so nice to see that our community cares so much about the disease.” says Claire Meyhew

The over all goal of the statues was to draw in tourism and promote business in the community, but since the release of the statues they haven’t gotten much attention. The tourism had plans to make a scavenger hunt type deal involving the statues but they never got around to it.

If you take a picture by every statue and bring it to the chamber of commerce they may have a prize for you. 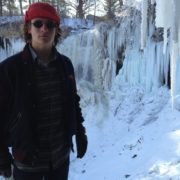 REPRESENTING THE DOWN TOWN DOMINOES. i like the outdoors

Three Sport Athlete, is it a Good or Bad Thing?

How our phones are affecting our bodies